GMAT exam is redeemed to be the most prestigious exams taken by MBA aspirants for admission into top-notch business schools in India.  MBA aspirants take this test for being admitted into programs such as MBA and Masters and Finance related courses. 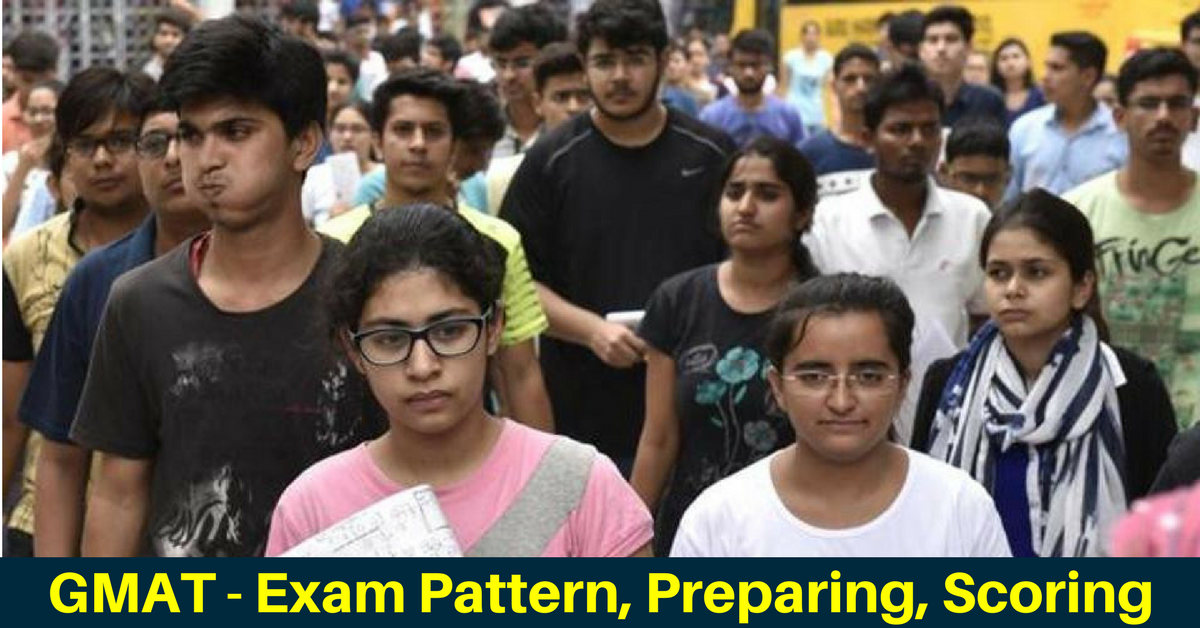 Why the GMAT Exam?

GMAT is trusted by more than 6000 top-tier business schools and has been running successfully for more than 60 years in a row.

Moreover, it was created by GMAC (Graduate Management Admission Council), the global non-profit council of business school and hence the standard. Business schools use and trust the GMAT exam to make admission based decisions.

What should you know about GMAT exam?

GMAT is a Computer Adaptive test. It’s different from a typical computer-based test.

Recently GMAC has introduced sectional timing for each section. You will be automatically allotted certain time limit for each answer after which the question automatically changes to the next. GMAT is emerging competitive than ever.  However, there has also been a certain major change in the exam policies and pattern of GMAT.  Read them below.

Major changes in GMAT exam pattern over the few years.

One of the major changes announced is in the score of the quantitative and the verbal sections of the paper. Talks have been around that the new score in quantitative has reduced noticeably whereas the verbal has increased noticeably. Does this mean that the paper is going to be tougher? No. Though the sectional scores have changed considerably, there is no overall change in the difficulty of the exam. It is overall measured to be the same.

Another important policy reform is the score cancellation policy. If the candidate chose to retake the exam and scores well in that attempt, he can cancel the score of the previous attempt. Before this policy reform came into effect, a report consisting of all the GMAT scores appeared used to be sent to the colleges. It would set a negative impression about the ability of the candidate. But now, with the new policy in effect, the candidates can select their best scores in the GMAT.

There has also been a change in the exam pattern. There is a new section called Integrated Reasoning introduced, which replaced the erstwhile Analysis of an Issue essay.  GMAT has its own method of assessing their candidates and this move would have definitely been taken after a careful analysis.

GMAT has recently launched a system for analyzing your performance at GMAT. With an additional payment of $25, you can get a detailed analysis of your take on the exam. You will be getting a report that has the right and the wrong answers, the amount of time you spent on each question, the percentile obtained on each question etc. This helps you analyze where you went wrong and the areas you can improvise.

Another giant leap in GMAT is the introduction of customizable sectional timing. This means you can reorder your test according to your preference. You can decide on which section you would want to take first and how much time you want to spend on each section. Isn’t that good news? I consider it as a boon because a lot of exam takers face this very problem. Most of the candidates find sectional timing difficult. But with new section into effect, candidates have their own advantage. However, this is not yet launched and you can except this launch very soon.

GMAT could be costly for many. But it is worth the money. You can get access to top and middle tier B-schools only by writing GMAT.

What’s your experience with GMAT, share it in the comments section.